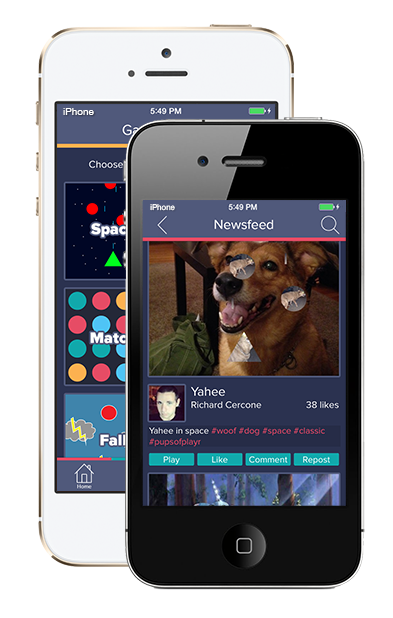 Back in the Summer of 2013, Chris Galzerano (@chrisgalz) was working on a few different prototype apps as a self-taught, sixteen-year-old programmer, designer, and entrepreneur with no investments and only a few hundred dollars to spare. One was a social network, and the other was a game, where the camera could make the sprites on the fly. The next month, Chris created a bunch of mini games, a game creation engine, and a social network to post and play all of the games. On October 25, 2013, Playr was released on the iOS App Store to the whole world.

This first version of Playr started gathering small amounts of users, and people were making games and accounts. A few months later, version 2.0 was released with new games and features. The app continued to grow slightly until Spring of 2015 when Playr 3.0 was launched. Playr 3.0 had a whole new design, more games, and it then got a TechCrunch article and started growing to hundreds of thousands of users from only a few users. Playr kept growing bigger in 2016, but Playr was temporarily shut down between 2017 and 2018 due to lack of funding. Playr relaunched with Playr 4 in 2018. Playr has been available since 2018, but between 2017/2018, all of the users left and Playr has been empty since then.

Playr 5 was launched in 2020 and Playr 6 in 2021. Playr Inc does not update often since it first shut down, but maybe it can become big again one day in the future. All Playr software was written and designed by Chris. Playr Inc has never had any other investors or employees.